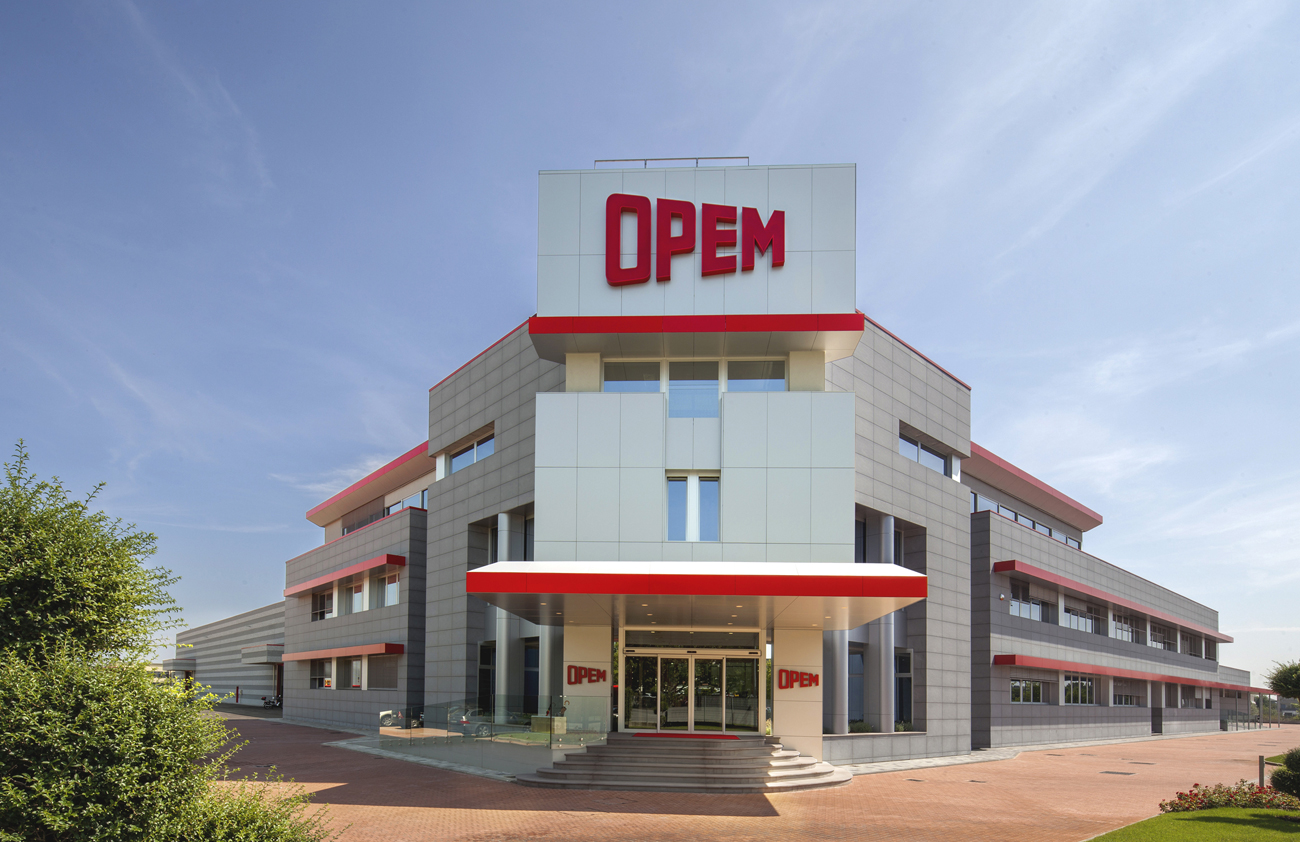 The story of OPEM S.p.A. took root in the Parma area of Italy and then rapidly spread its wings toward national and international markets. It is the story of a small, family-operated company founded in 1974 by Fabio Binacchi, who began with the purchase of a business on the via Emilia Est that was active in the pasta sector. It was there that Mr. Binacchi laid the groundwork for what was to become OPEM.

In the beginning, there were only ten employees, and the coffee market was yet to be explored, but little by little the company developed patents for major food processing industries, where a continuous demand for new weighing and packaging solutions spurred the company to develop and offer new systems that could be used in different sectors. Mr. Binacchi began production on behalf of other companies and, thanks to innovative experimentation, explored the packaging not only of pasta and cookies, but also of coffee.

He has constantly been committed to ongoing research into innovative solutions for improving the performance and quality of the company’s packaging systems. Thanks to its entrepreneurial philosophy, OPEM has reached excellent levels of technological sophistication and can thus provide the advanced production solutions demanded by the market, while still maintaining the traditionally fine craftsmanship of its products at the highest levels.

In the 1980s, OPEM was already working with major customers such as Barilla and Kimbo, and as the years passed, more and more large foreign companies and groups have also chosen OPEM. The introduction of pods and capsules on a strongly developing market has allowed the company to grow and expand, a fact which is also due to foresight and to the production of highly flexible plants that can adapt to and meet the needs of the company's various customers.

The firm moved to the industrial area in Parma in 1984, where it still operates with 105 employees.

After over three years of construction, the new OPEM factory was opened in September 2014, a clear sign of the ongoing effort, trusted know-how and great vision towards the future ...